What does Super Bowl advertising mean in 2021?

Besides being the marquee event of the American sporting entertainment industry, the Super Bowl has established itself as the pinnacle of the advertising world as well. As the more than 98 million TV viewers and more than 32 million social media interactions in 2019 illustrate, the exposure of the big game is unparalleled. And over the years, it’s become the preeminent space to debut the most innovative, creative, and memorable, advertising spots.

But is the Super Bowl still worth it in 2021, in a world that’s still reeling from (and experiencing) the effects of COVID-19? The answer is still a resounding “yes” for many brands—even if things will look a little different this year.

Some big players like Budweiser and Coca-Cola are sitting Super Bowl LV out (that’s right, no Clydesdales horses this year). Car companies are a mixed bag, as Toyota and General Motors have decided to stick it out, with other manufacturers staying on the bench. However, despite these trying times, ViacomCBS says ad inventory is virtually sold out for the February 7 game.

Rise of the underdogs

Some companies are paying the $5.5 million entry fee for 30-second spots for the first time. One of the first-timers is Dr. Squatch, a direct-to-consumer soap brand that’s built a reputation for both its natural hygiene products and viral advertising vision. The California-based company has already won awards for its marketing efforts, including the top spot on YouTube’s “TrueView for Action” advertising leaderboard for 2020. The Dr. Squatch team is looking to translate their viral success to linear TV through a Super Bowl commercial negotiated in partnership with Media Design Group.

A true rags-to-riches success story, Dr. Squatch has gone from selling a few bars of soap a week out of a Midwest apartment to more than $100M in revenue in 2020, a 350% increase in sales year-over-year for the last two years, and more than 300M total views on its YouTube channel to date. With its humor-based, male-centric brand voice, the company is hoping to generate buzz with consumers during the big game.

Why playing it cool may work

As this represents, the advertising exposure for smaller brands is only continuing to expand. What’s become table stakes for the big game, advertisers will attempt to capture the consumer sentiment in a meaningful way. And after a rocky year upended by social, racial, and political turmoil, brands may be smart by playing it cool. Consumers don’t want to be prodded and poked this year. While they may want brands to take a stand, they’ll see right through the pandering (must we be reminded of Kendall Jenner drinking Pepsi?).

Consumers may be experiencing a bit of pandemic fatigue by now. Yes, these are unprecedented times—but there’s no need to hit your consumers over the head. For brands like Dr. Squatch entering the fray for the first time, sticking to the tried-and-true is not only a safe bet, it’s a wise one. Looking to reach an American population that’s experienced a deadly pandemic, an economic recession, and a tumultuous election season in the span of 12 months? Humor may be the right way to go this Super Bowl season.

Although commercial breaks may be a little different this Super Bowl Sunday, we’re excited that the playing field has been leveled. At Media Design Group, we’ve helped numerous DTC brands test and scale on TV—and always enjoy getting a new advertiser into the big game. We love the Dr. Squatch brand and enjoy proving that television continues to be a viable marketing channel. 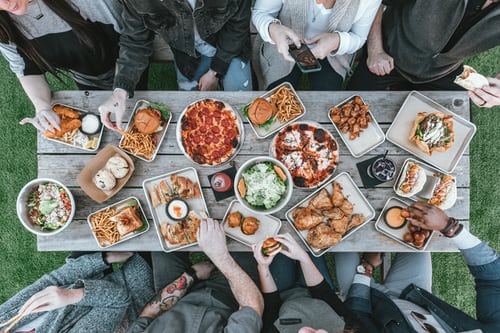