Grammarly found success with college age students via social marketing. This marketing channel which seemed to serve up never-ending potential customers began to plateau. The audience universe had peaked and the CPA had skyrocketed. Grammarly needed to open up the target audience, reduce seasonality, and provide a more affordable acquisition channel with the ability to scale. These 3 goals needed to be achieved while delivering a positive ROI

Using existing creative assets MDG focused the media buy on national cable television and OTT/CTV to quickly identify where the audience was consuming content. MDG used direct response tactics to purchase and optimize the media buy. Once television was “proven”, we began to scale the younger demographic while testing a new creative to focus on business professionals. These two schedules were made out of wildly different channels and programming but both profitable and scalable. 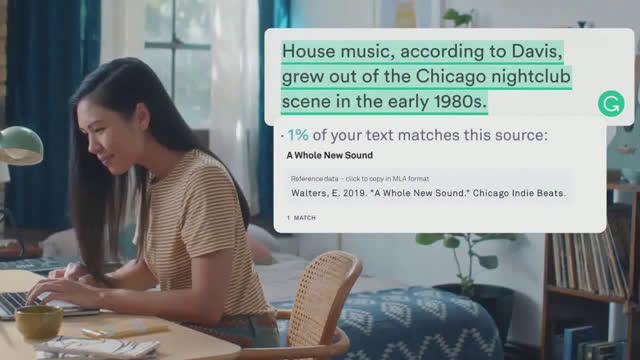